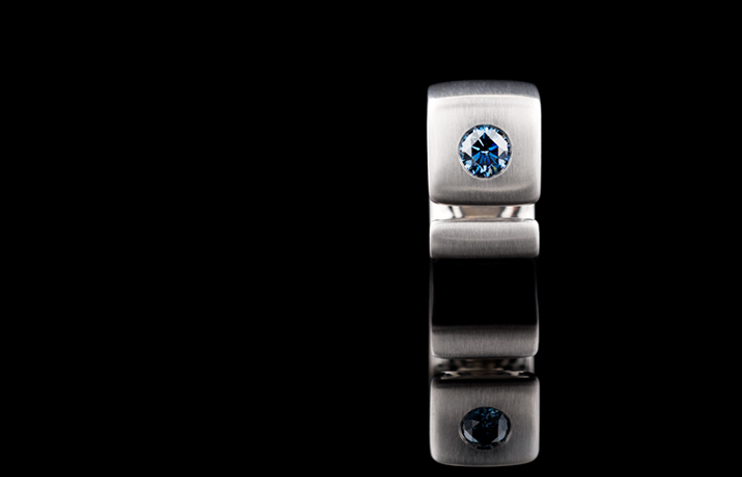 The cube is also called hexahedron and is one of the five platonic bodies – tetrahedron, hexahedron, octahedron, dodecahedron and icosahedron.

The diamond is a cubical modification of carbon and builds mostly octahedron shaped crystals. Other shaped forms are tetrahedron, dodecahedron and the cube. Through it’s brilliant cut, the diamond receives a icosahedral visual appearance, which not only gives it the luminance, it will also be complete in a geometrical way and it turns into a unity of platonic bodies.

The diamond made out of human carbon is in the foreground of the “Cube” ring.  The diamond funeral is a wonderful way, to carry a part of the deceased still with you. The special made ring, with its cubical shape presents the sparkle of the diamond by “Algordanza”.