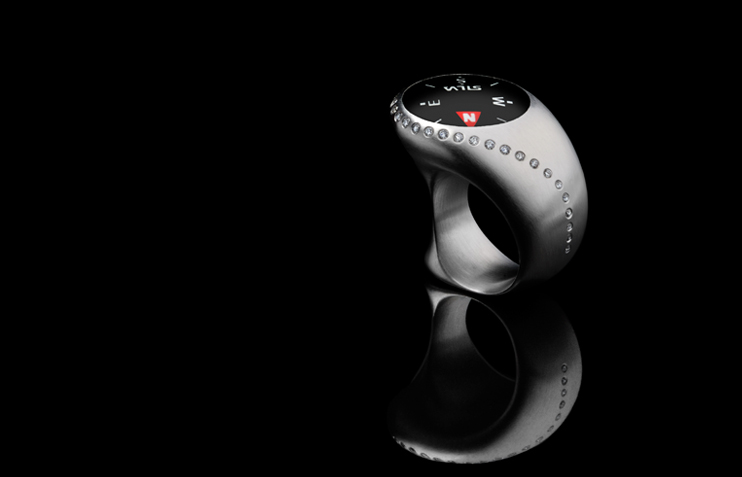 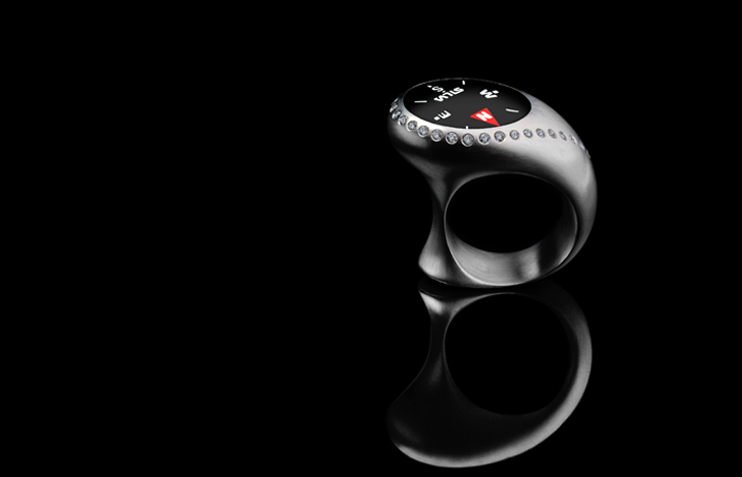 A compass is an instrument to distinguish a predetermined direction. The classical device is the magnetic compass. With the help of the earth’s magnetic field it finds the magnetic north and all cardinal directions. The awareness that smithereens from magnetite turn into the north-south direction has been known in Europe since the ancient Greece and in China since the time of the contesting empires. The Chinese used a floating compass needle since the 11th century.
Even though GPS systems exist the magnetic compass is still used. The GPS systems amend the navigation and the map but it can not replace the compass.

In the “Pathfinder” ring is a liquid curbed and in ruby bedded compass card incorporated which allows the bearer to keep its orientation all the time without an electric power supply.

30 diamonds decorate this ring. They reflect the sun’s course and determine the cardinal directions on the ring.