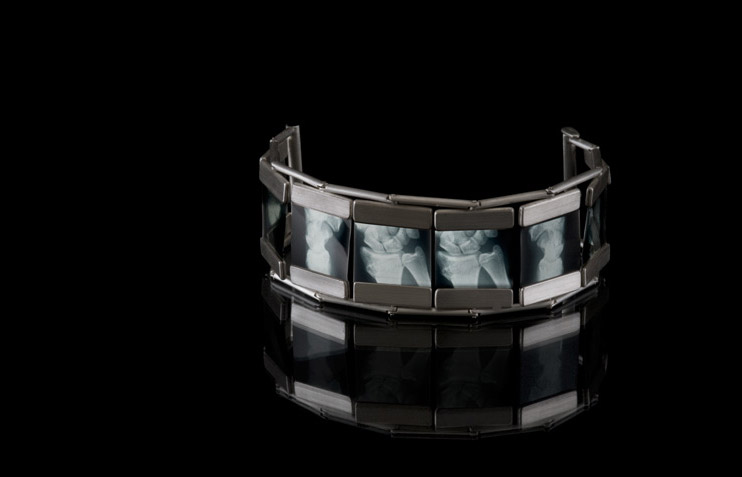 The process of radiographic photography of a body, named after its inventor Wilhelm Conrad Röntgen, makes the hidden visible. Apparent simplicity reveals deep complexity and the relationships between the inside and the outside become clear.

The wristband of our X-Ray Series creates an illusion of this process. A 360 degree x-ray image of a wrist shows what would otherwise remain hidden.

An elegantly complex articulated armband with the fascinating details of the human body.